It's cold and rainy. Again. Newton and I have been spending some QT on the couch with the Sons of Anarchy the past couple of days. Season 4 sure is bloody, buddy. Yeah, yeah - I know this sounds suspiciously like my New Year's post, but I spent a week on call in the interim, was phoned at all hours of the night (interns...smh), and had to go in to the hospital no less than four times last weekend to help sick dogs. Feel sorry for me yet? At least I have lunch plans today with another human.

Yesterday, I ate half of a head of cauliflower for lunch and I have the other half ready for dinner tonight. Sounds sketchy, but look what I did! 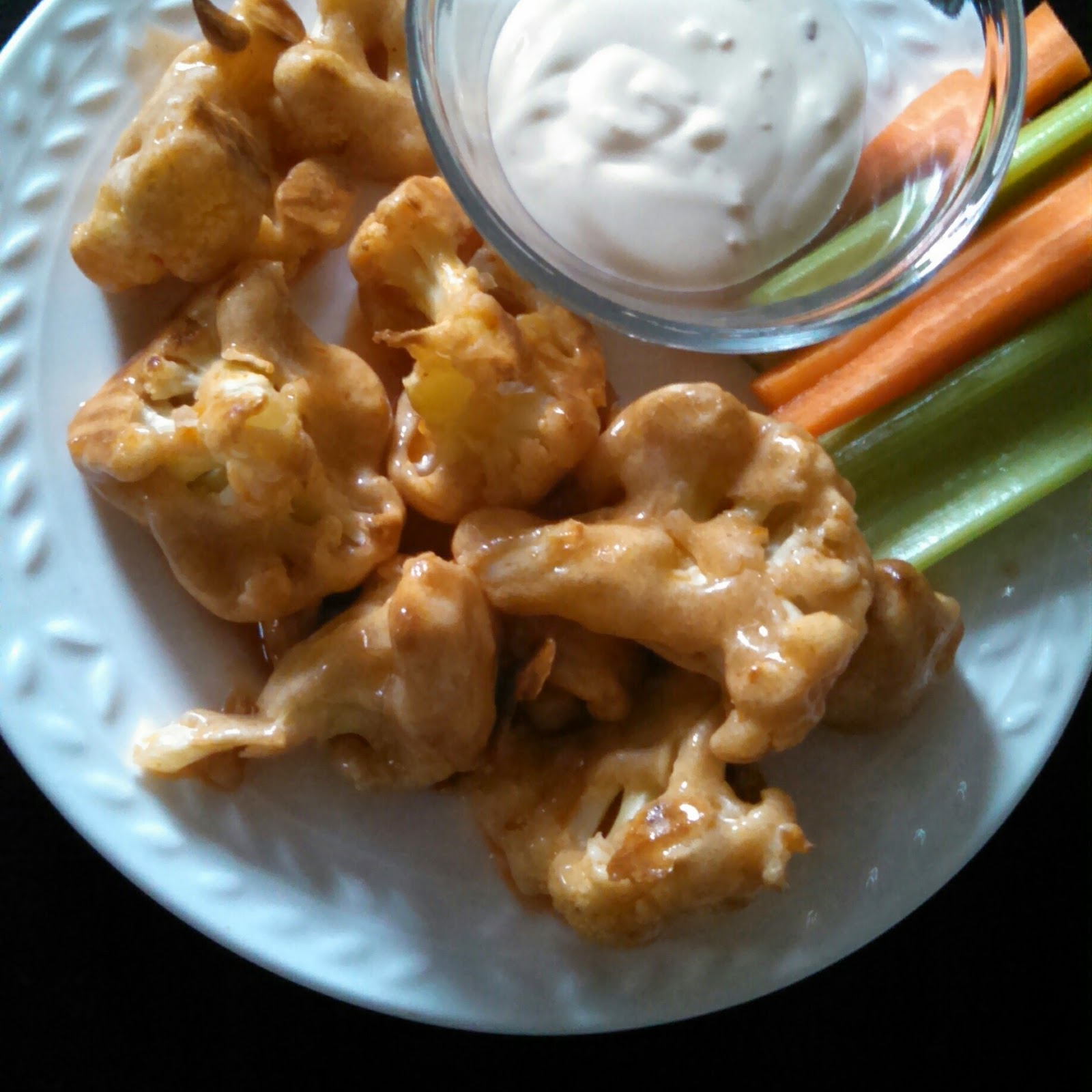 Baked Buffalo Cauliflower. SO YUMMY. I realize these are not the typical bright orange wing sauce color, but that is dependent on the type of buffalo sauce you use. This is the second time I have I followed the recipe from The Curvy Carrot. Yesterday, I made it with a few modifications based on what I had around the kitchen. While I did not have buttermilk on hand, I curdled a scant cup of half and half with a tablespoon of white vinegar. If you let that sit at room temp for 5-10 minutes, you get a gross looking, chunky cup of fake buttermilk to use. Don't be afraid. I mixed the curdled dairy with 1/3 cup whole wheat flour and 2/3 cup all purpose flour for the batter and found it to be a little thick, so I added about 1/4-1/3 cup of water into the mix. The cauliflower was still a little difficult to batter up, so next time I'd probably add even more water or milk to the flour. 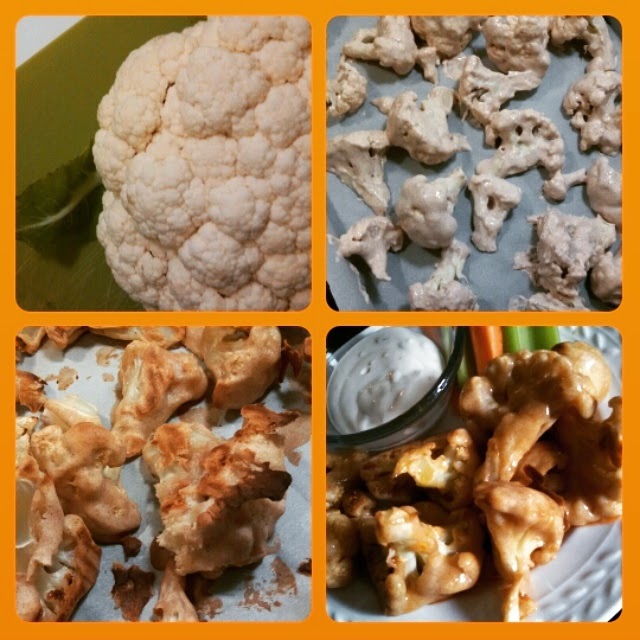 I was all set to make my own buffalo sauce using Tapatío, garlic and butter, but actually found an unopened bottle of wing sauce in the pantry that must have survived the move from Iowa last summer. Weird. (But not really weird, if you know me at all, and if you know how many bottles of barbecue sauce are in there, too).  Last time I made these things, I tossed half with wing sauce and half with BBQ, then fed them to an 11 year old kid. He didn't really like them, but I think he did eat a couple bites as a side dish for his pile of ketchup. He didn't like anything I made, though, so there's that. (That's a lie. He liked these S'mores cookies.)

I think I have enough food in the house to get me to Tuesday, when my next CSA box arrives. Last week, I ate almost an entire head of cabbage, and it seems I'll be getting another cabbage this week. So.... Let's think about that. I'm supposedly getting more turnips, too. Yikes. As of this morning, I've decided I officially don't like rooibos tea. And as of Christmas Eve, I don't like turnips. At least the roasted kind. But I'm going to try something different with the little bastards the next time they come around... maybe blended with butternut squash in a soup?? If ya'll have any turnip tips, I'm listening.

In comparison with my old CSA in Iowa, my new CSA in Texas has a bit less variety in the veggie box each week, but I bet there are several reasons for that. One, this is Texas and things don't grow here like they do in Iowa. (One point for Iowa.) Two, I started this share in the fall/winter when harvests are less robust in general (though the CSAs in Iowa generally give up about November because of the freezing and such. One point for Texas). Three, I'm eating this entire box all by myself every other week, but in Iowa, I was splitting a weekly share with a friend/residentmate. And... Four, Granny's Garden is new at the whole CSA thing and it seems they have been making improvements and adjustments as the weeks roll by. They also deliver to my front door, which is cool. So, I'm going to stick with it through the spring/summer seasons and see what's in store.

Ok... Fortunately, I get to speak to a living human in about a half hour. Unfortunately, that requires me to change out of fleecy pajamas and head out into the cold, wet weather. We're having Pei Wei and I'm considering a step outside of the Pad Thai box. I need some time to consider the options.

I spent the day in fuzzy pajamas drinking Lemon Lift, Netflixing Sons of Anarchy, and taking naps with Newt (who, incidentally, talked his way out of a New Years bath). 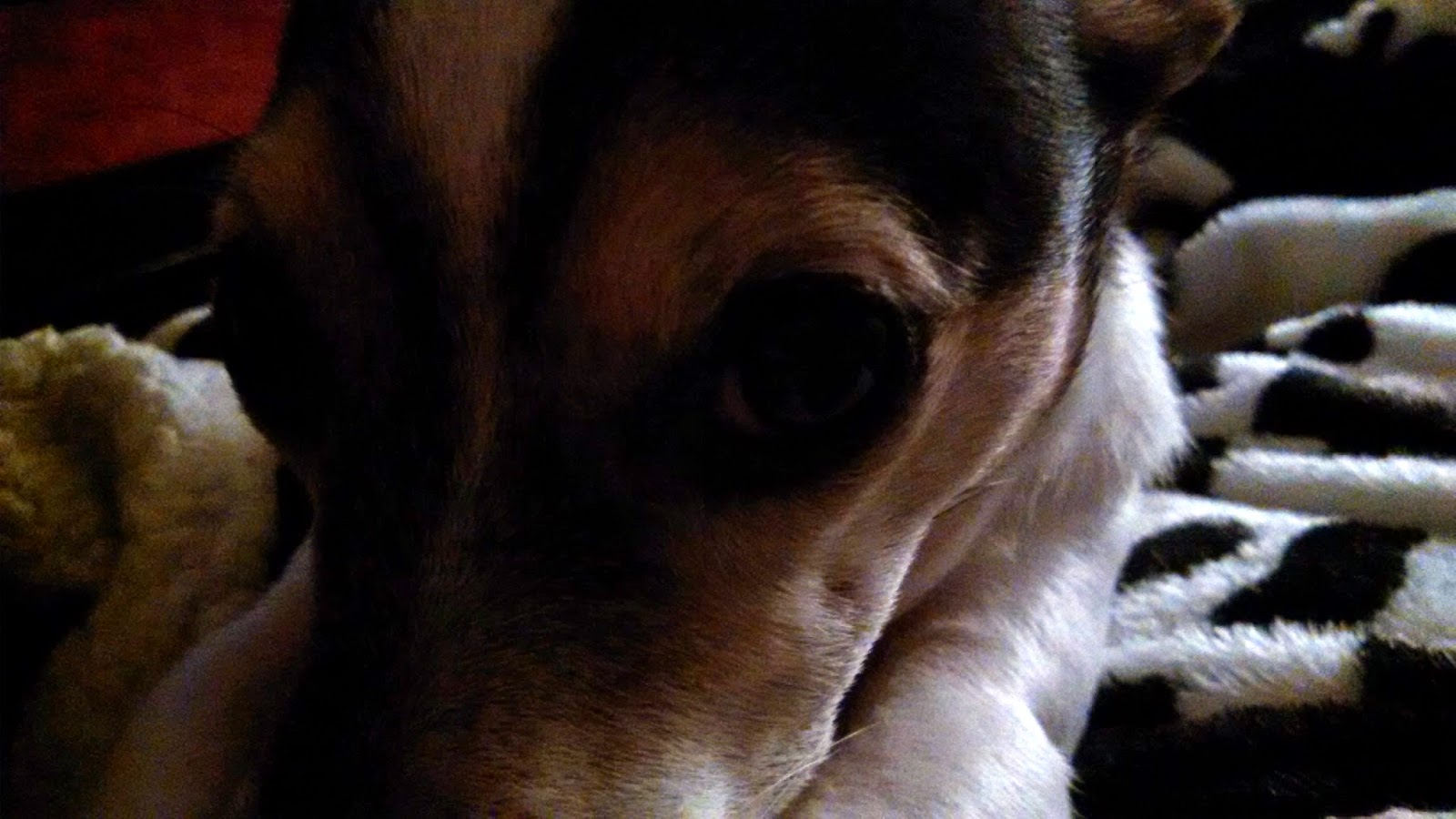 I also started to take down my library Christmas tree 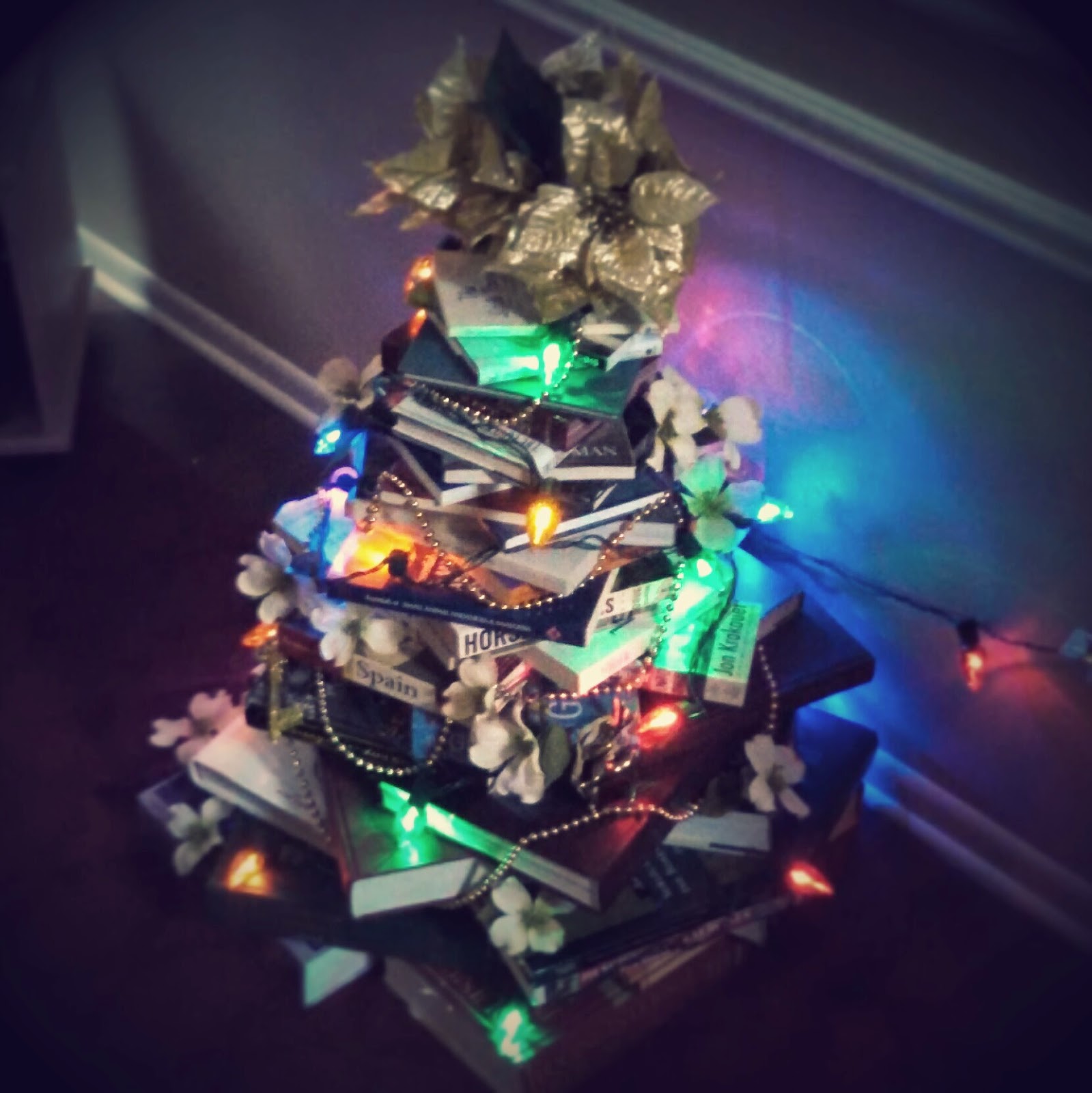 (which involves walking all of these glorious books back upstairs...). After a grueling two several trips upstairs with the smallish books from the top, I was famished.

So I ate some chocolate.

But then later, I actually made dinner.

You know what I love? When I already have everything in the house to cook dinner without requiring a trip to the grocery store. I'm getting pretty good at that. I'm flexible. I'm hip. I'm prepared like yellow mustard.

NEW YEARS DAY FACTS:
# 1. Today, it is cold and rainy in Texas.
# 2. I have about 46 pounds of organic sweet potatoes in my cupboard (not all of them went into that pecan maple sweet potato pie for Thanksgiving... that I ended up eating myself because pretty much the entire family doesn't eat sweet potatoes for some ridicu-reason).
# 3. I've been on my game with storing the fresh produce I can't eat right away. Basically, my freezer looks like a health enthusiast's dream.
# 4. OK. So, #2 isn't exactly factual. But I do have a lot. 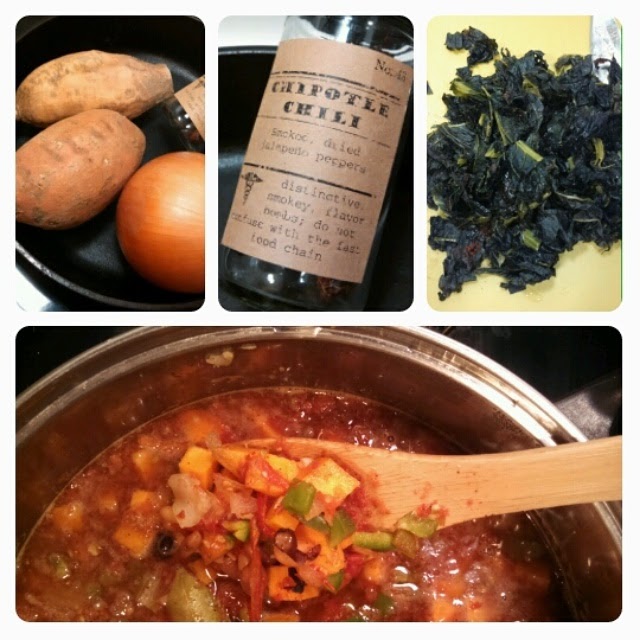 Sweet potato chili. I used this giantest sweet potato I had. It was probably a 3 pound potato. I peeled it (and then cheated and microwaved it for two minutes so it was easier to slice..... I can't be getting chopping blisters on New Years Day, ya'll). I diced it. I also diced some green bell pepper. I had some chopped onion and garlic in the fridge already from our Christmas Eve dinner. I rinsed some beans (sadly, no blackeyed peas though..). I had a bag o' red, ripe tomatoes and about a cup and a half of chopped greens pulled from the freezer. Chili powder and dried chipotle come out of hiding in the spice cabinet. Suddenly, this is getting real.

One of my resolutions is to be more productive this year. I want to get more done in a day. That goes for both work and the rest of life.

So I also ran the dishwasher.

I hope ya'll are having a fab night. And that no one else shoots fireworks to scare your dogs.

Posted by Lindsey Lou at 6:57 PM No comments:

Lindsey Lou
I'm a truth-teller and soul seeker. I am also an amateur baker and party maker. Welcome!